One Week Birding Holiday in Kenya 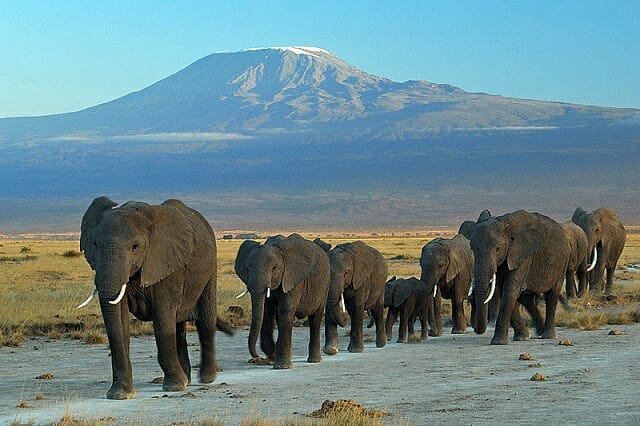 With over 1100 recorded bird species, Kenya is a virtual paradise for avian lovers. No matter which park or habitat you visit, birding will be a rewarding experience – guaranteed! Specially designed for the avid birder, this is tailored for a once-in-a-lifetime Kenyan birding experience.

This seven day Kenya safari holiday will take you to some of the carefully selected locations across Kenya’s best birding areas where one can get an opportunity to not only see an array of bird species, but some great mammal sightings as well. 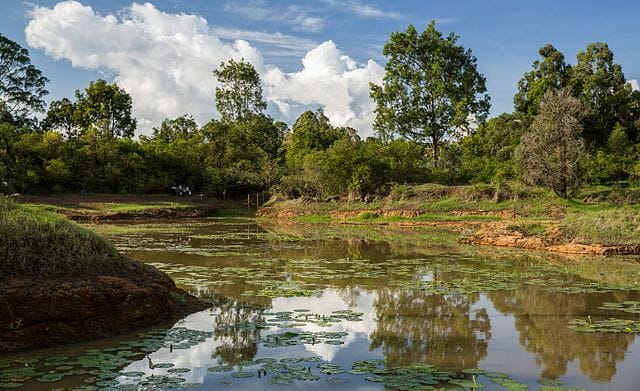 While birdwatching in Kenya is excellent throughout the year, the rainy season between October and March is exceptional, particularly because most of the resident species shed their dull winter plumage into bright breeding colors.

This well-planned week-long holiday is expected to result in a checklist of 350-400 species, an awesome figure, as compared to birding in other parts of the world.

Your fun will start on the first day itself the moment you arrive at the Jomo Kenyatta International Airport in Nairobi, as the city itself boasts of a healthy population of birds. The park also holds animals like zebras, Maasai Giraffe, Antelope, Lion and the critically endangered African Black Rhino.

After checking in, head straight to the Nairobi National Park, which at 117 sq m is the smallest National Park in Africa, and the only park which shares borders with a city.  where you will be delighted to spot the Von der Dicken’s Hornbill, flamingos, Palearcitic shorebirds wintering on Lake Magadi, not to forget the stunning Red and Yellow Barbet.

The 4722 hectares Kereita Forest, 55 km from Nairobi lies on the southernmost tip of the Aberdares Range.The ridges and valleys lie 1800m above sea level and is a pure paradise for birdwatchers.This Important Bird Area (IBA) comes up with a special species like the Bar-Tailed Trogon.

Forty minutes from the busy Nairobi city district lies the Manguo Swamp, where you can spot the comical looking Red-Knobbed Coot, Northern Shoveler, Garganey, Eurasian Marsh Harrier and the Yellow Wagtail. There is a good chance of seeing the rare Grey-Crowned Crane as well. Day one and two in Nairobi overnight. 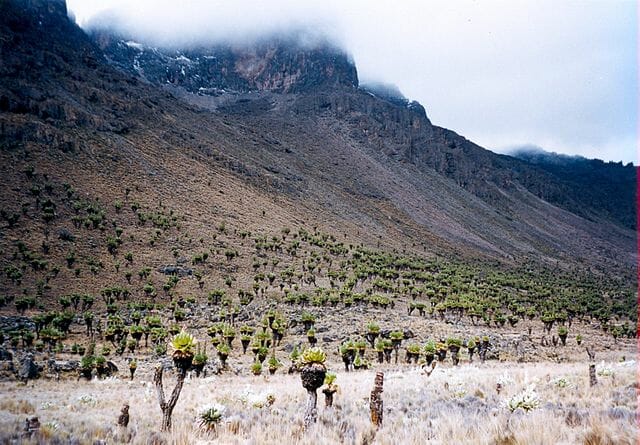 The next two days you will be spending in the vicinity of the highest peak in the country, Mount Kenya. Leave Nairobi early morning to arrive at the park by lunchtime. This diverse habitat of the Mount Kenya National Park can yield some delightful species like Silvery-cheeked Hornbill, Mountain Yellow Warbler,Hartiaub’s Turaco and the rare Yellow-Crowned Canary.

The waterholes in the region are a magnet for a large number of mammals which include water buffalo and the occasional big cat. Early mornings here are perfect for spotting the African Crowned Eagle, Moustached Green Tinkerbird and Cinnamon Chested Bee-eaters.

The shaded riverside trails will come up with beauties like Crowned Hornbill, Mountain wagtail and as many as eight different species of sunbirds, including the stunning Tacazze Sunbird. Raptors include the Black-Shouldered Kite, Mountain and Augur Buzzards.

The trees around the Nanyuki River are home to the endemic Mt Kenya Guereza, a species of Colobus monkeys endemic to the region. The flowering shrubs usually turn up with Double-Collared Sunbirds and African Dusky Flycatcher.The open fields are a haven for the Abyssinnain Ground Thrush, Kikuyu White Eye,Yellow-Breasted Apalis and Yellow -Whiskered Greenbul.Two nights at the Mount Kenya National Park will be sufficient. 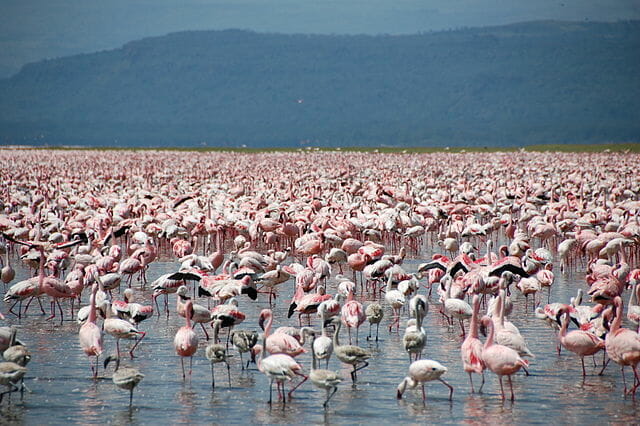 On day five you will explore the moorland above the treeline in Nakuru National Park. In all probability you may encounter Jackson’s Francolin at the most highest accessible part  of the Lobella covered plains of Kenya. Lake Nakuru National Park hosts a variety of birds, endemic, near endemic, endangered as well as globally threatened.

Our target species here will be the Alpine Chat and with a little bit of luck the beautiful Scarlet-Tufted Malachite Sunbird. Drive down to Lake Nakuru, deep in the Rift Valley, to spend the night after another eventful day of birdwatching.

Before departure on the sixth morning, head to Lake Nakuru Ramsar Site to see the White Pelican and the Hottentot Teal amidst stunning natural scenery. Near-threatened species include Maccoa Duck, Lesser Flamingo, Black-Tailed Godwit, Sooty Falcon and Grey-Crested Helmetshrike. Animals like zebras, hyena, baboons and impala can be commonly seen.

The five globally threatened species found here are Madagascar Pond Heron,Pallid Harrier, Greater Spotted Eagle, Grey-Crested Helmet Shrike and the internationally famous Lesser Flamingo, whose numbers can touch 1.5 million on the lake at times. Dinner and overnight at a lodge on Lake Nakuru.

You will be spending your last two days of the iconic holiday in the world famous Masai Mara National Park to enjoy birding in its extensive grasslandsThis area is a stronghold for some endangered migratory species such as the Corncrake and the equally threatened Jackson’s Widowbird.

In addition, the most famous safari destination in Africa is home to nearly 95 species of mammals and over 570 birds, plus the great wildebeest migration, the hooves of which resound around the world every year.

You can also spend a part of your first day exploring the park for the Big 5.The bush and woodlands in the reserve hold some special bird species.The large numbers of Palearcitic migrants which winter here include the Caspian Plover and White Stork.

On the morning of your last day, go birdwatching along the Mara River. Here you can spot African Finfoot, Schalow’s Turaco, Crested Guineafowl, Yellow-Billed Barbet, Woodland Kingfisher, Violet-Backed Starling and with lots of luck the shy Pel’s Fishing Owl.

The loud tapping noise on the trees will be from the uncommon Golden Tailed and Fine-Banded woodpeckers. Some of the most difficult to see mammals like the Bat-Eared Fox, Several, African Wild Dog and Banded Mongoose can be found.

After breakfast, drive back to Nairobi to arrive in time for a hearty lunch.Thereafter transfer to the airport for your flight back home or your next destination.

ShareTweet
Comments Off on One Week Birding Holiday in Kenya