Travel guide to the Falkland Islands 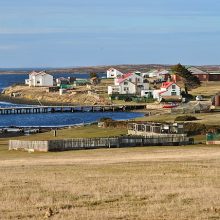