Does the islands’ name sound new to you? I too came to know of this West African archipelago two days before only. Since then, I have been gathering travel information pertaining to these 88 islands group that has another name Bijagós Islands. I trust this name is more familiar than Bissagos. We will also stick to the better-known name in this travel guide.

They are located on the Atlantic Ocean, on the west coast of Africa.

The Bijagós archipelago belongs to Guinea-Bissau, a West African country that hardly sees any tourists in spite of being an African nation.

Were you able to locate them on the map above? Of these 88 islands and islets, only 18 have permanent residents.

Not only their motherland Guinea-Bissau is least visited but these Islands also see a trickle of tourist traffic which is even more reason to visit them because the beaches become exclusively for you.

The 88 Islands occupy a whopping 13,000 sq.km but still, not much of natural resources to command a big role in the economy of Guinea-Bissau.

Here are the names of the major 18 islands of Bijagós archipelago:

In spite of an African archipelago, there is not much information about the wildlife in Bijagós except a few that include salt-water hippopotamus and sea turtles.

Here is something more solid because the archipelago comes under the UNESCO Boloma Bissagos Biosphere Reserve.

The Bijagós Islands are dotted with:

How to reach the Bijagós Islands?

Since the Portuguese ruled the Guinea-Bissau for several years, they still operate flights from Lisbon. The other option to reach the Bijagós Islands is to go by a ferry from Guinea-Bissau. The ride takes about 4 hours provided the tides are in your favor.

The ferry from Guinea-Bissau will dock at the port of Bubaque which also acts as the gateway to other Bijagos Islands.

Please make a note of this ferry service company “Consulmar Ferries” that operate ferries to Bijagós Islands. I believe they are the only organized people to offer public transportation to Bubaque Island.

A few hotels in Guinea-Bissau also offer boats to reach the Bijagós Islands but only to their guests.

It is better to stay in Guinea-Bissau and plan a day trip to Bijagós Islands.

Lodge Les Dauphins is located in Bubaque, the capital island of Bijagós Islands. Visit their website for pricing and booking.

This is how your accommodation will look at Bubaque offered by Casa Dora: 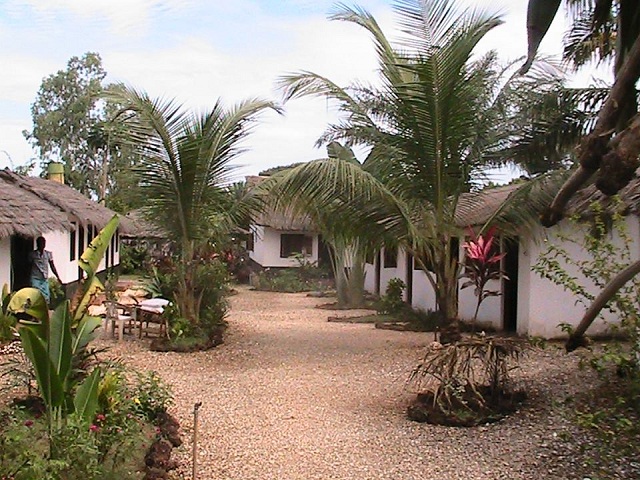 Saldomar is a restaurant equipped with some sleeping facility for the sparse tourists who visit Bubaque. 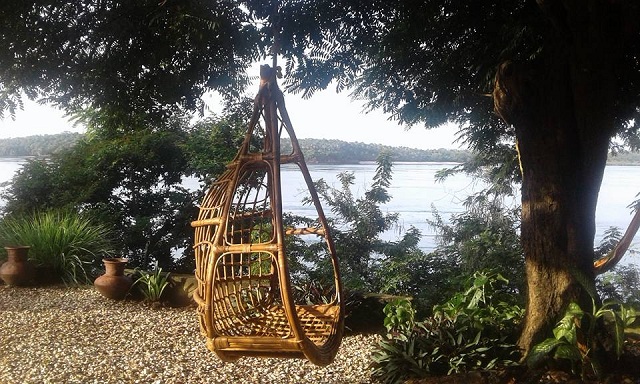 That’s the garden of Saldomar in Bubaque with a terrific view of the Atlantic Ocean.

If you want more details about the lodging and boarding facilities of Saldomar, visit their Facebook page.

There are about a dozen hotels in Guinea-Bissau of which 6 hotels have received positive reviews.

Eating and drinking in Bijagós Islands

Well, you get all the usual fare that is available these days even in remote islands. You even get pizzas here; it may have been imported from Portugal.

Djumbai is the name of the beer that is available in Bijagós. 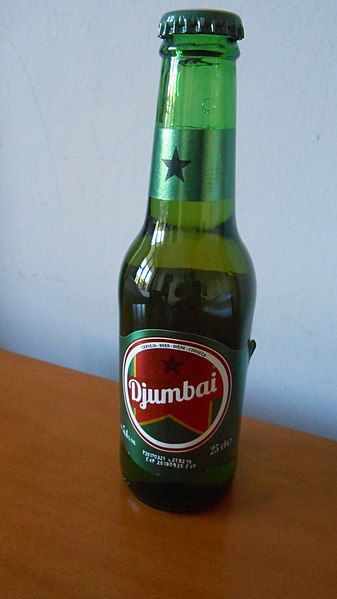 If you ever go to the Bijagós Islands, try the local favorite Warga, a sort of green tea but sweet in taste. Green tea is generally bitter in other parts of the world.

The natives of Guinea-Bissau eat rice along with fish of which there is no dearth in the Atlantic Ocean.

Being a tropical island, you will get plenty of locally cultivated fruits that include:

No, you cannot escape the street food culture even in these thinly visited and populated West African islands. Egg sandwiches are big favorites of the locals. Of late, even donuts have made a foray here.

Is there wi-fi in Bijagós archipelago?

Yes, I read the most essential amenity wi-fi is available

What to see in Guinea-Bissau and Bijagós Islands?

Since it is advisable for you to stay in Guinea-Bissau, you will have more places to go and see that mainly include several national parks.

That’s all about traveling to Bijagós Islands, West Africa.