8 Biggest Islands in the World Worth for Your Visit 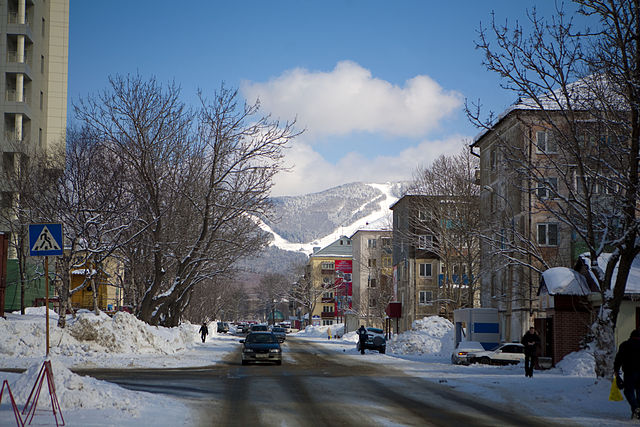 This blog post reports the 8 biggest islands in the world. My target readers for this article are the avid islands travelers in the world. They can read this blog and bookmark the big islands that they plan to add to their bucket list.

Pleasures of traveling to islands

My personal preference is always traveling to small islands and cute islets that are either sparsely inhabited by humans or uninhabited but I sure would love to encounter endemic wildlife there. Islands enthusiasts would site 100 reasons for their love to islands but the most valid reasons must be the peace they feel when their ferry touched the sand on the shore.

In addition to peace, the sound of waves, the smell of fish, the feel of the salty air, and the occasional calls of albatross and seagulls are the exclusive pleasures of visiting an island. Island watchers would not compromise these ‘marine pleasures’ for anything in the travel world.

It is the list of things one wishes to do before they die.

How have I arranged the 8 islands?

The list is not ranked as per the size of the island but sorted only randomly. Nevertheless, all the islands are large by any measurable standards.

I like to remember Sri Lanka by its former name Ceylon. Many travel writers have described Sri Lanka as the ‘emerald island’ for its green mountains dotted with Ceylon tea gardens, thousands and thousands of coconut trees and tropical rainforests. This Indian Ocean island might look rather small on the map but its real size is 65,600 sq km. Man, isn’t that a big island?

It is almost touching the mainland of India. In fact, there is evidence of a land connection between India and Sri Lanka through a bridge called Adam’s Bridge that is also known as ‘Rama Sethu’.

Banks Island is part of the Canadian Arctic archipelago and it measures to a little more than 70,000 sq.km in size. Surprisingly, there are greeneries in this island except the 10 cm bush called Arctic Willow. Yes, this strange but very big island is devoid of trees! What a creation!

However, this arid but big island is home to a wide variety of wildlife that includes polar bears, arctic fox, muskoxen, arctic hare, grizzly bears, lemmings, snowy owls, and snow geese. I think all of them do not eat any vegetation.

The size of Ireland that is located in the North Atlantic Ocean and to the west of Great Britain is 84,421 sq.km. Look at the map of Ireland; the Northern Ireland which is nearly one-fourth of Ireland is still part of the U.K. The Irish people probably consume the highest volume of beer in the world. Do you know that that there are no snakes in Ireland?

Hispaniola is part of the Caribbean Islands and the 22nd largest island in the world.

Area wise, it measures up to 76,100 sq km. Columbus founded this country in 1492 and is the first of the European colonies established in America. It is said to be very populous; it is the eleventh most populous in the islands category.

Iceland, in spite of a fairly large area (over 103,000 sq.km) is thinly populated. It is may be due to high volcanic activity and too diverse a climate. The geography of Iceland is known for volcanoes and thus the natural geysers and hot springs. Iceland’s capital is Reykjavik. Yes, it is difficult to pronounce the name. Iceland is blessed with abundant thermal power and the capital is run on it!

There is a very famous waterfall in Iceland called the Golden Falls. It is located about 100 km from the capital city Reykjavík. The source of water for the beautiful waterfall is the river Hvítá.

Madagascar Island belongs to East Africa and is located on the Indian Ocean. Its size 587,000 sq.km Madagascar is probably the only island in the world that attracts millions of tourists every year for its diverse wildlife that include the famous and beautiful bird Macaw. You will be pleased to know that Madagascar is home to as many as 287 exotic birds many of which are endemic to this large island.

Its rainforests are home to several endemic species that include ‘lemur’ and the ‘sickle-billed vanga’. Madagascar is blessed with several natural wonders both on the sea and on the mainland.

Off all the islands of East Africa, Madagascar should be on top of the bucket list of island traveling buffs.

Greenland is the largest island in the world, measuring about 2 million sq.km. It is a land of ice mostly (80% of the land area), being situated on the Arctic Ocean. I wonder what the citizens of Greenland depend on for their livelihood.

In spite of the presence of large ice sheets and glaciers, Greenland has a number of hot springs.

Surprisingly, for its huge size, Greenland population is only about 56,000 people!

ShareTweet
Comments Off on 8 Biggest Islands in the World Worth for Your Visit Banks Island, Greenland, Hispaniola, Iceland, islands, Madagascar, Sakhalin, Sri Lanka