Best Things to Do in St. Thomas Island 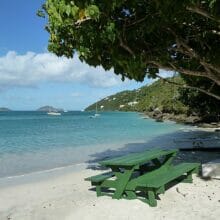 Oddly, St. Thomas Island is actually called St. Thomas without the ‘island’ tag. It may be due to the fact that it is part of an archipelago known as the U.S. Virgin Islands. They are part of an unincorporated territory of the United States. The island’s official currency is US$ and the language spoken there is English. I will go into its political detail. Just know that the U.S. Virgin Islands comprises several islands numbering over 50. […]

END_OF_DOCUMENT_TOKEN_TO_BE_REPLACED
Comments Off on Best Things to Do in St. Thomas Island Caribbean Island