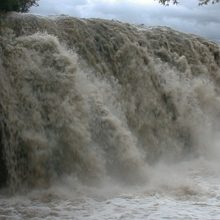 Do you remember reading one of my earlier posts titled “scenic road trips in South Island” wherein I have mentioned that the South Island in New Zealand has more breathtaking natural attractions than its counterpart North Island? I have decided to elaborate on my claim by writing about 18 most beautiful waterfalls in South Island, New Zealand. New Zealand’s rivers are creating several thrilling ‘rapids’ before forming waterfalls. I like waterfalls that are hidden from the main […] 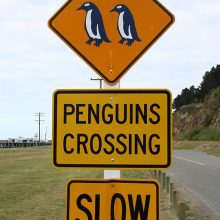 Penguins enthrall all of us without exception. We like the way they walk, a sort of funny ambling across the mainland before they happily plunge into the ice-cold sea. Another aspect I noticed about penguin is they don’t (or can’t) look at you directly. They seem to ignore another living being when they are on land. It’s just my observation.Here are few location to Spot the Penguins. We all want to see penguin but we think they […] 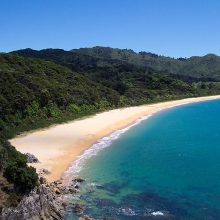 New Zealand is an island country but split into two main landmasses called the North and South Island which is much bigger than the North Island. The two main islands are separated by the Cook Strait whose water is said to be dangerous. The Cook Strait is nearly 22 km wide. Though the South Island is much bigger than the North Island, its population is less than its northern counterpart. In addition, there are as many as […]