9 Danish Islands That You Can Visit Immediately

Do the Danish people take pains to visit islands of Europe other than their own Danish islands? Will they miss anything if they don’t go to other European islands that include: 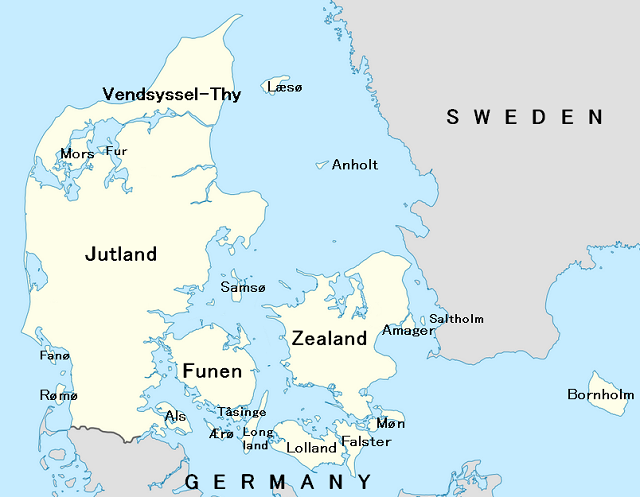 I doubt the Danish people would venture beyond the 70 plus inhabited islands of their own country. In fact, even excluding Greenland, the world’s single largest island owned by Denmark, there are a few more than 400 Danish islands that are part of Denmark geographically.

Though I must admit the wildlife of the Danish Islands is not so alluring, still, the islands that belong to Denmark can certainly be included as perfect European islands escape.

9 Beautiful Danish Islands That You Can Visit Immediately

In this blog post, I will just cover about 10 islands of Denmark that you can add in your bucket list of ‘islands to visit once in a lifetime’.

The islands of Denmark surrounded by the Baltic Sea and the North Sea. 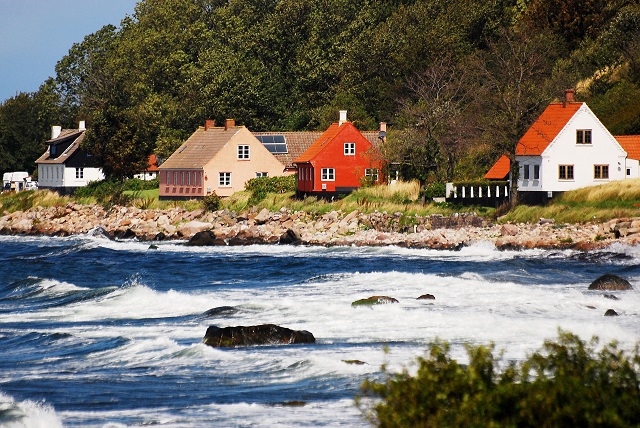 This is a scene of Bornholm Island’s beach. Isn’t it beautiful? The brightly painted cabins facing the Baltic Sea certainly adds charm to the place. The green backdrop makes the islands look a perfect European Island.

Bornholm Islands surrounded by the Baltic Sea and it located on the Eastern side of Denmark.

Sunshine Island is the alternative name of Bornholm Island because of assured sunshine.

Places to see in Bornholm Island 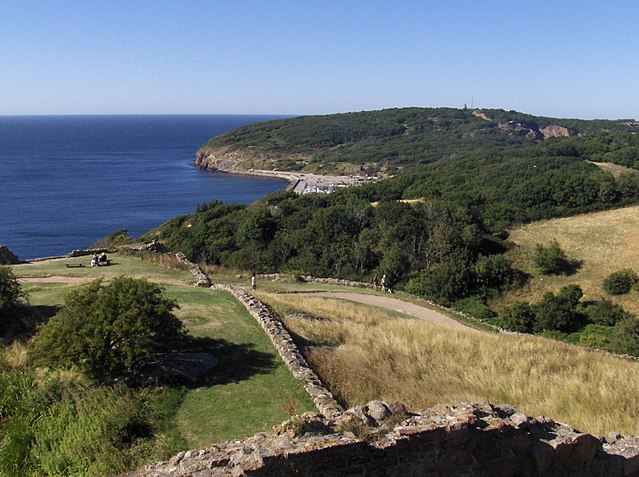 The promontory is jutting out to the Baltic Sea in a place called Sæne Bugt Bay. Promontories give goosebumps to all of us because of its precarious position (though actually not so precarious), the vast expanse of the sea below the landmass, the isolation and eerie calmness, and a sense of achievement.

As a matter of fact, it has numerous sightseeing places of interest to visitors. I doubt whether the Danish Islands attract any foreign visitors apart from the Swedish people. 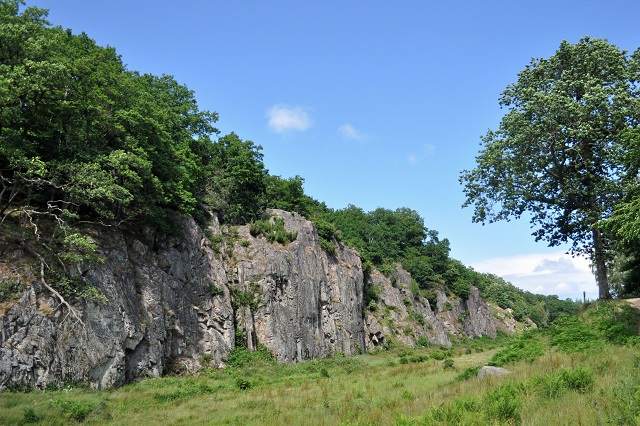 Here is a video clip showing the real picture of Bornholm Island, Denmark.

Did you notice the typical Danish houses, meadows for grazing, dilapidated castle, and more? 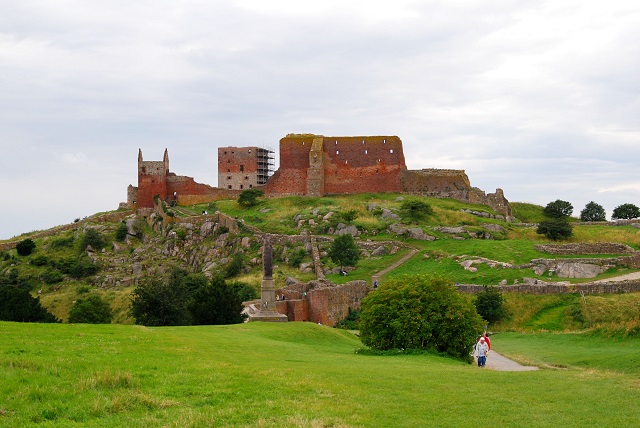 How to reach Bornholm Island?

Surprisingly, you need to visit Sweden first in order to go to the Danish island Bornholm.

There is a small port town called Ystad in southern Sweden. A ferry will deposit you on the shores of Bornholm Island in a little more than an hour.

If you are staying in Copenhagen and if you want to go to Sunshine Island, you can opt to travel either by train or car. Oh, your car will be boarded onto the ferry at Ystad, Sweden.

This is the largest Danish Island located in the Baltic Sea. It comprises an area of 7000+ sq.km!

The towering and rugged cliffs just abutting the Baltic Sea without a beach paint a typical scenario of Denmark’s islands. 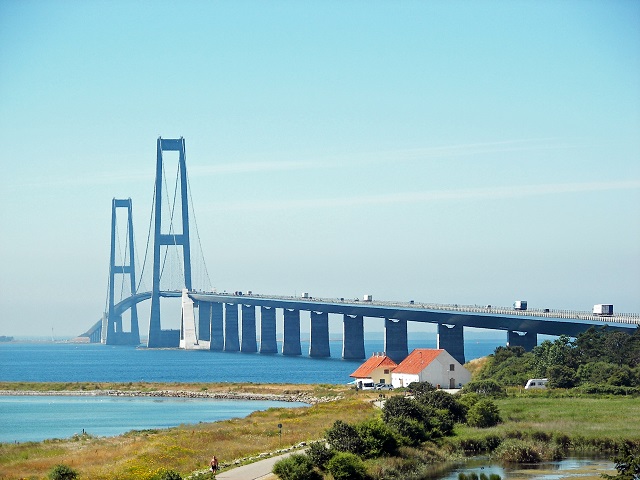 Do you know that Zealand Island is also connected to mainland Sweden by road bridges?

Things to do in Zealand Island:

Being at the center of tourism to Danish Island, there are too many exciting things to in Zealand Island.

Oops!  Not my cup of tea. The sight is dizzying from the clifftop. 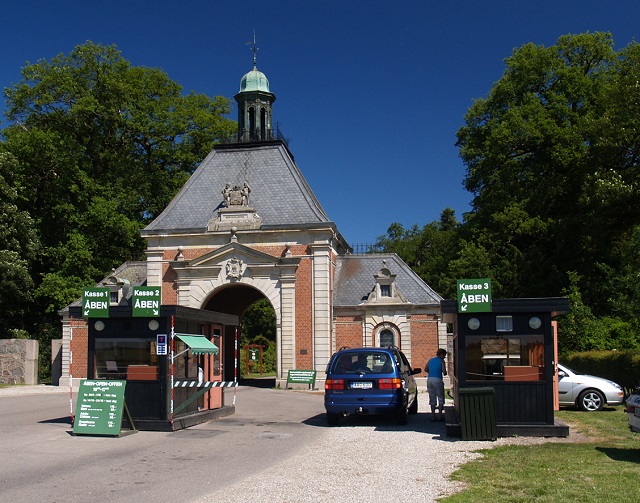 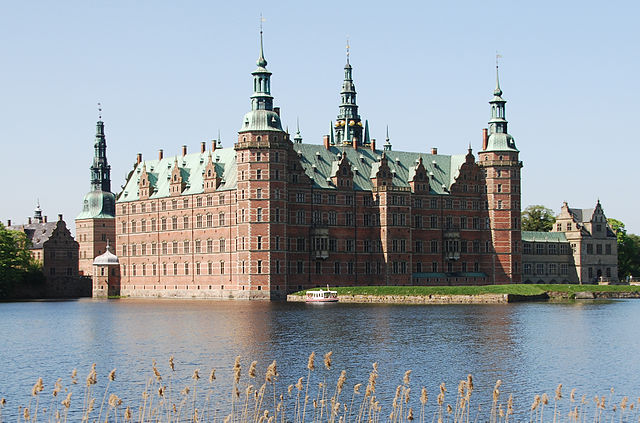 There are too many things to do and several more places to see in Zealand Island such as lakes, museums,  amusement parks, beaches and zoo that you require a minimum of four days to stay in this Danish Island.

Let us now hop to another Danish Island called “Funen”.

It looks fairly a big island located so close to the Zealand Island that they both are connected by a bridge called ‘Great Belt Bridge’.

It is only a road bridge but also a railway bridge.

Wow! Can you visualize how scenic the train ride would be between Funen and Zealand islands of Denmark? It would be your lifetime train ride on Europe’s Baltic Sea.

The FunenIsland itself is connected to Jutland, Denmark’s mainland. 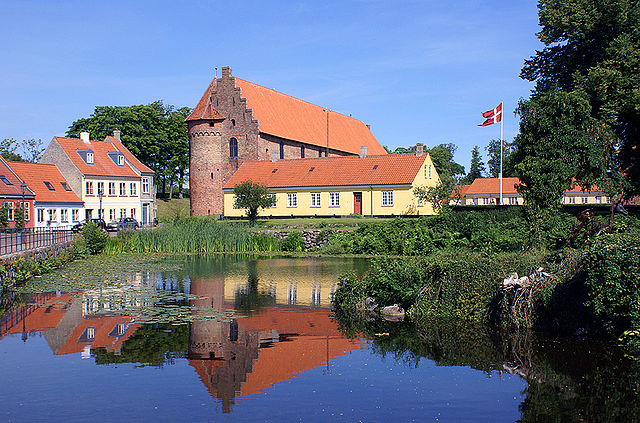 Funen Island is mostly an agrarian island but still is known for a vibrant nightlife. You can eat cuisines from several nations including Indian! 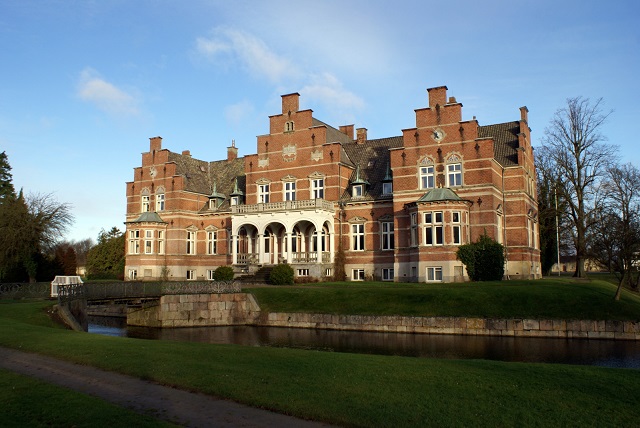 Lolland Island is also a big island that is known for beautiful beaches but devoid of a crowd. I have a notion the beaches of all Danish Islands are less crowded because I doubt whether the local Danes really bother about enjoying island holidays.

The major attractions of Lolland Island:

Lilleø is an island that I reckon is the center of fruits import because the islands somehow is congenial to grow fruits of various species that are famous for a divine taste.

Amager Island seems to be quite conducive for living that is proven by as many as 200 thousand people that are permanently residing there.

What to see in Amager Island 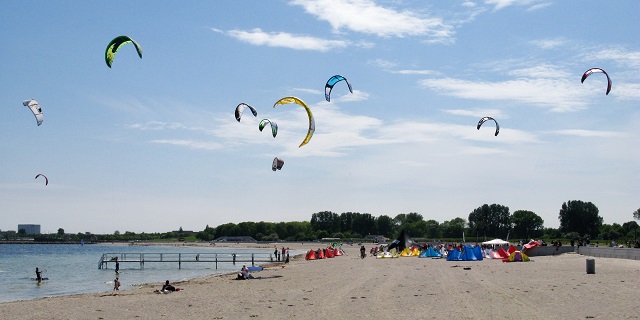 Amager Strandpark is actually a beach as you can see from the image above.

We have all heard of so many farms such as cattle farms, coconut forms, chicken and sheep farms but a ‘wind farm’?

A wind farm is the specialty of Amager Island, Denmark. Windmill turbines erected offshore and it a sight that will never leave our memory for long.

There are 20 windmills out there producing substantial electric energy. 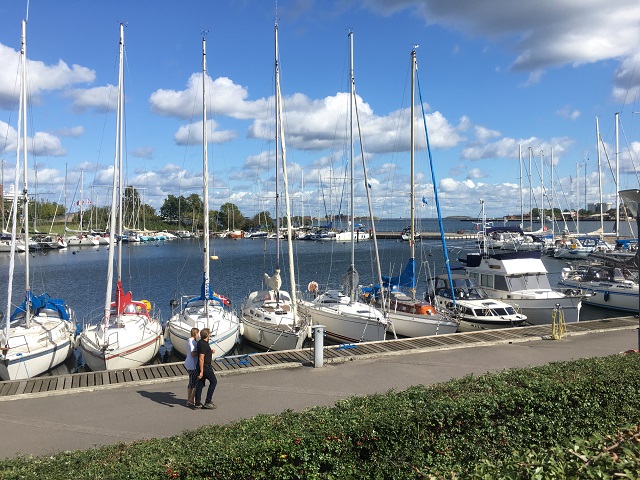 This is an important tourist landmark in Amager Island, Denmark.  It is a walking area among green landscaped gardens lined with restaurants.

This is an island, folks but named as such because it is located near the harbor. 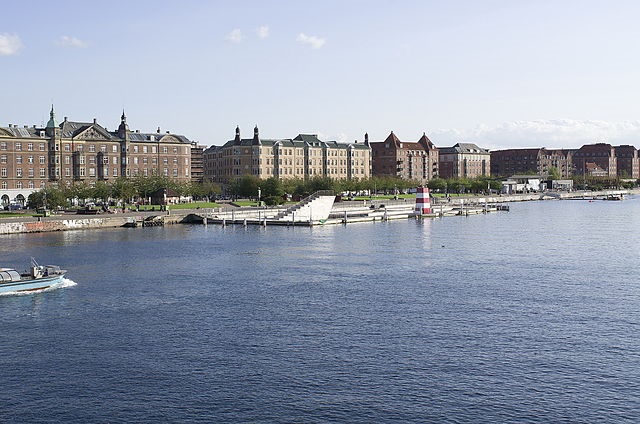 There is a water theme park called “Havneparken”. 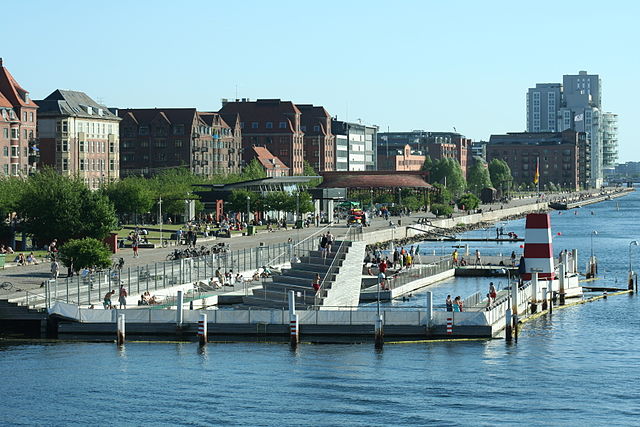 The adventure activities that are available in the water park are:

It comprises of large tracts of wetlands dotted with forests and lakes.

Well, there is no to descrive what you can do in a casino. It is a place where you lose your money with a phoney grin on your face.

Drager is a Danish village where you can come face to face with the true life of the Danes.

This is a maritime museum showcasing their own models of cargo and passenger ships.

This is a manmade island within an island. It has a terrific resort for island escape artists.

Hmm…quite an impressive building with exciting architecture! I am sure the kids will go crazy in seeing the marine creatures of this part of the world. 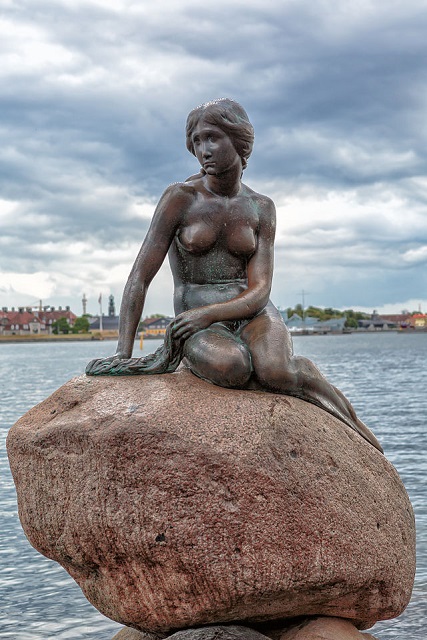 The mermaid’s bronze statue on a rock with the backdrop of the Baltic Sea is very attractive. 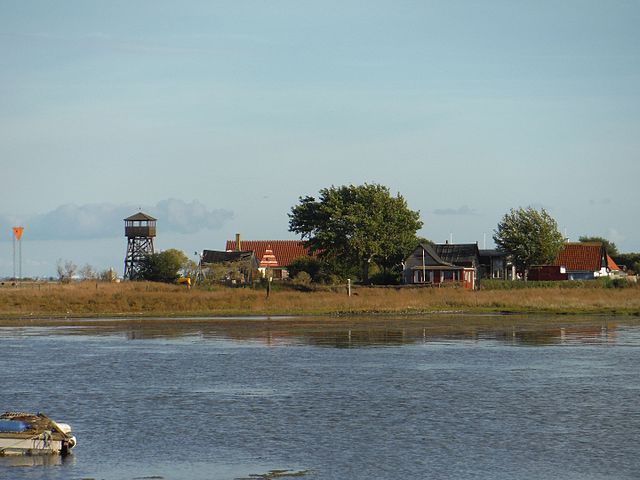 This is a single man’s island among other inhabited Danish Islands. Yes, there is just one man is living on this island.

By length, it measures 7 km only and by breadth, it is only 3 km.

What is very special about Saltholm Island?

It is an attractive Blue-Iris flower. 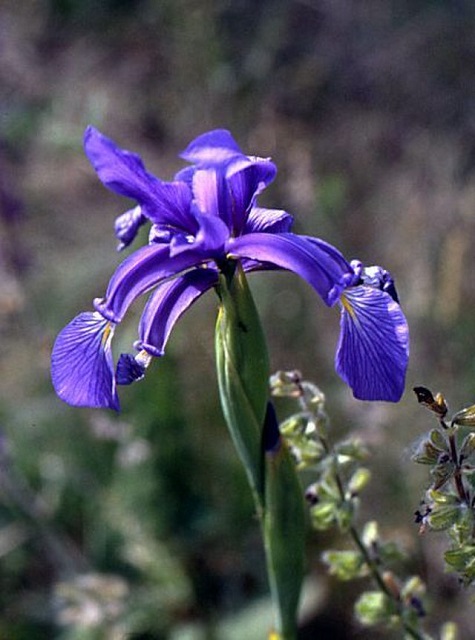 Strangely, some 7000+ geese find this one-man island as their ideal habitat. They migrate but come back gleefully.

Giving happy company to the geese are the swans and ducks.

If you take time to roam around all the four sides of the island, you may spot the most beautiful and colorful ‘Eider’ ducks. 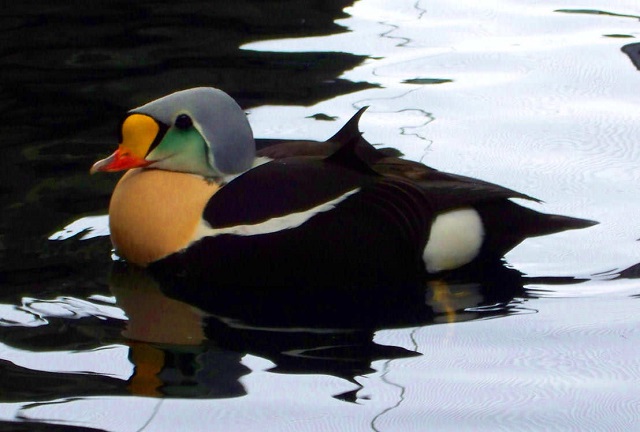 Here is another image of the Eider seaduck. 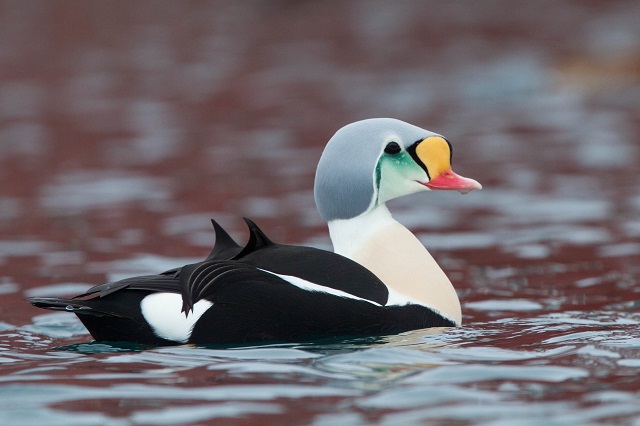 From the one-man island, we move to another well-populated island called ‘Falster’ island where some 45,000 people are living in.

You can go to Falster Island either by train or by car from the main Zealand Island. 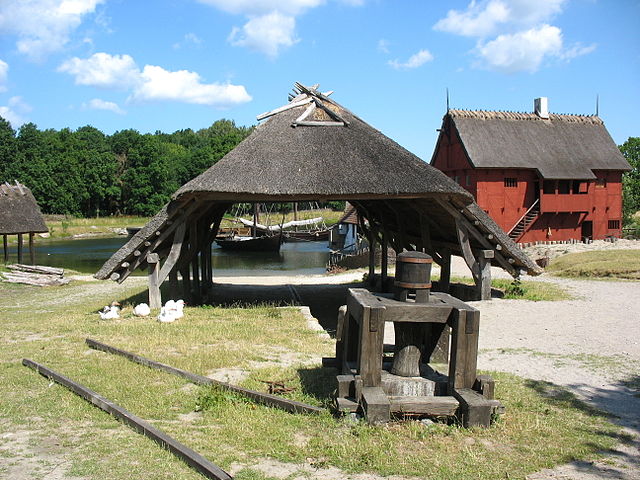 If the tired Danes want a relaxing island escape, their first choice is Falster Island. 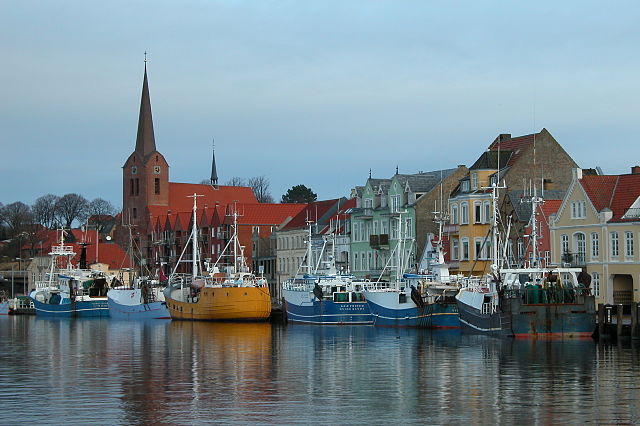 There are two castles in Als Island that the tourists are encouraged to visit.

In conclusion, all Denmark’s Islands are located close to the mainland and they are also accessible easily and quickly by road.

Of all the 70+ inhabited islands of Denmark, Amager Island has the most number of things to do.