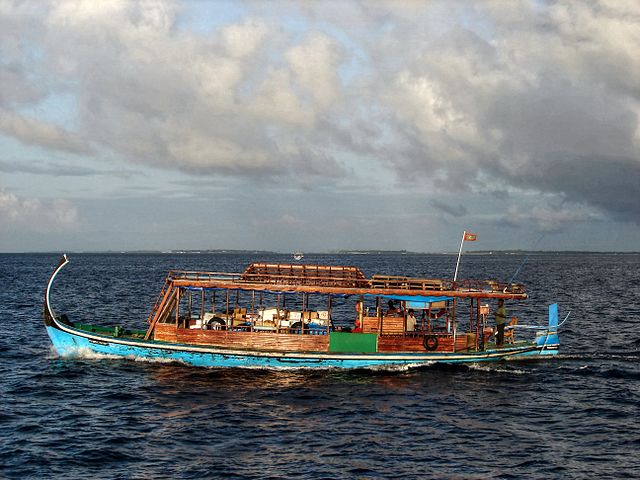 I am going to show a video of this Gaafu Dhaalu Atoll. Before you see the video clip, I warn you; do not show it to your wife or girlfriend. You will be persuaded to take them immediately for a minimum of two weeks holiday to this absolutely stunning and remote atoll in the Maldives Islands located in the Indian Ocean.

Now, see the video below. Watch it preferably on your desk top’s full screen.

Tell me, is my warning justified?

The video is uploaded by one of the ultra-luxury Maldives resort called Amari Havodda.

In the video, you are shown the atoll from a distance and as you near the atoll, you can see all the overwater huts on crystal clear Indian Ocean water. I bet that is the only resort you will ever want to stay in the Maldives. It is a place of ultimate luxury and the most beautiful scenic island in all of the Maldives. You are most likely to leave all your worries behind in your native city and rediscover all the joys of a child’s first sight of a landmass surrounded by the most colorful sea in the world.

Before knowing about the Gaafu Dhaalu Atoll, you should know something about its parent atoll called Huvadhu, the world’s largest atoll comprising an area of 3152 sq.km out of which the land area is only about 11% (38.5 sq km) and the rest of the area is all the Indian Ocean.

There are about 150 or so islands and islets that surround the Huvadhu Atoll.

Here, look at the map of Huvadhu Atoll. 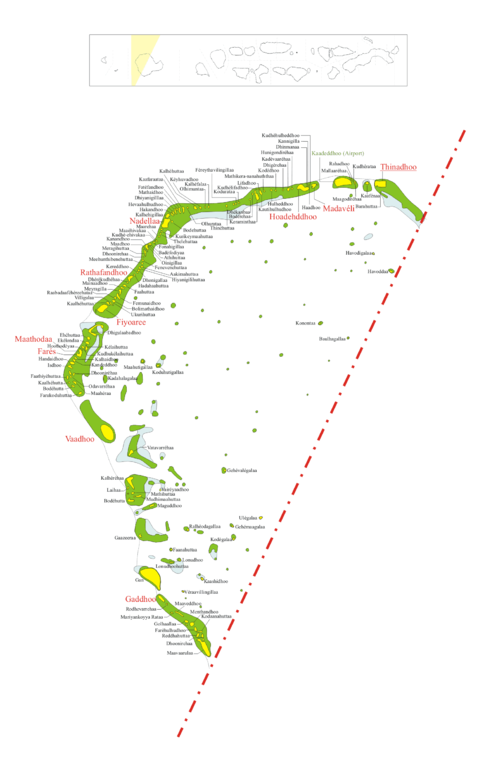 Out of the 150+ islands and islets, only 10 are inhabited. All the inhabited and the uninhabited islands, islets, and atoll are clearly shown on the map.

This is the first time I come to know about such a huge atoll in the world. Awesome information!

It is a natural atoll that has two channels (Footukandu and Vaarulu Kandu) for company on either of its side.

Thinadhoo is the capital of Southern Huvadhu Atoll (Gaafu Dhaalu)

Oddly, it is too far away from Male, the capital of Maldives. 340 km is the distance between the two. I wonder how the Maldives Government manages its tributary that is so far away from its headquarters.

How to reach the Gaafu Dhaalu Atoll?

Your first destination should be to fly to the Kaadedhdhoo Airport that is located in one of the smaller islands of Huvadhu Atoll named as Kaadedhdhoo Island. This small domestic airport is very close (3.7 km) to Thinadhoo, capital of Gaafu Dhaalu Atoll. The flight duration to Kaadedhdhoo Airport from Male is a little more than an hour.

Once you reach Kaadedhdhoo Airport, you can take a speedboat to go to Gaafu Dhaalu Atoll. It will take about 50 minutes to reach the atoll.

You already saw a video of the Amari Havodda resort. The second one, the Ayada resort is reported to be more luxurious than the first one. 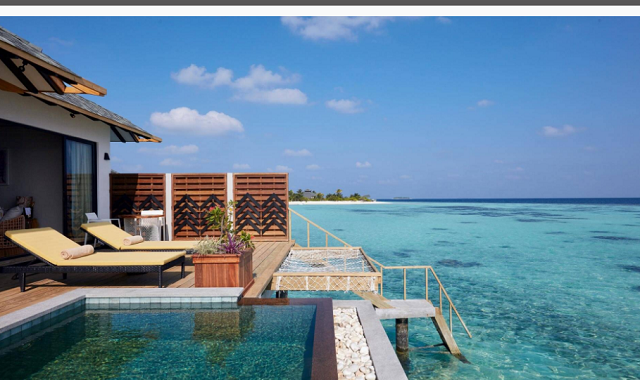 Which one is your choice? Mine is the last one which seems to be the best of 5 types of accommodations. Apart from all the modern day basic amenities, the resort also provides wireless internet. Amazing feature from an atoll that is so far away from any major city in the Indian Ocean. 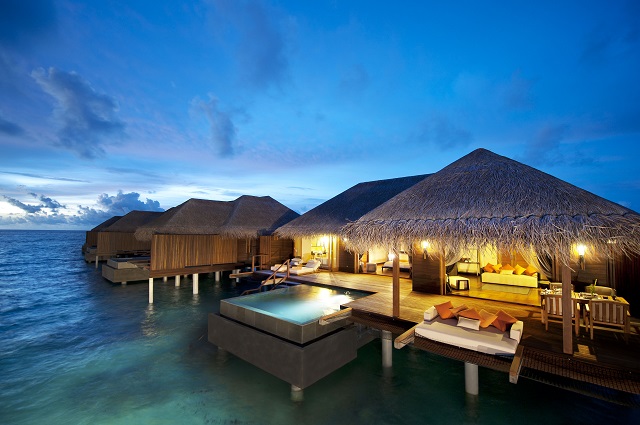 The types of accommodation in Ayadas Resort:

Both these high-end luxury beach resorts in Gaafu Dhaalu Atoll must be the ultimate choice for the honeymooners.

I am very surprised to read that the archeological department has unearthed some ruins of Buddhist stupas in three of the nearby islands namely, Vādū, Gan, and Fiyoaree. All the three islands that belong to the Gaafu Dhaalu Atoll are inhabited. The natives of the islands were having trading relationships with Sri Lanka, a predominantly Buddhist country.

You can take time off to stroll on the streets of Thinadhoo, the capital of Gaafu Dhaalu Atoll and enjoy freshly cooked seafood lunch in any of the restaurants. Try the highly reviewed Plumeria Beach Restaurant.

Madaveli is clearly visible in the map of Huvadhu Atoll. Of course, there is nothing special there but you will have the satisfaction of visiting one more island. Madaveli Island has fairly a large population.

Island hopping is a great pastime while visiting remote islands that don’t offer many things to do. When you visit Gaafu Dhallu Atoll in the Maldives and stay in one of the two splendid resorts, you can take time off to do some island hopping as there are nearly 140 uninhabited islands nearby. If you are scared of some boogeymen in those uninhabited islands, visit the inhabited Rathafandhoo, Fares-Maathodaa, Gaddhoo, Vaadhoo, Nadellaa, and Fiyoaree islands.

I hope you have already fallen in love with the Gaafu Dhaalu Atoll in the Maldives.