Best Things to Do in Banda Islands 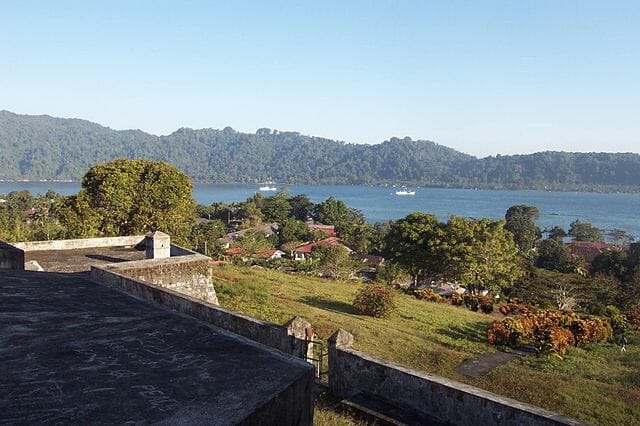 I am onto my familiar grounds; Oh, I should rather say “familiar ocean’. Yes, I am going to explore a few islands of Indonesia that posed some challenges to me as far as touristy information is concerned. Banda Islands constitute 10 islands of volcanic nature. All the islands are situated in Banda Sea which is part of South Pacific Ocean.

These 10 islands are east of Sulawesi Island, which is a large Indonesian Island. The Banda Island chain itself is part of Maluku archipelago that comprises over 1000 islands! OMG! I am sure more than 90% of them must be uninhabited.

Here is the location map of Banda Islands 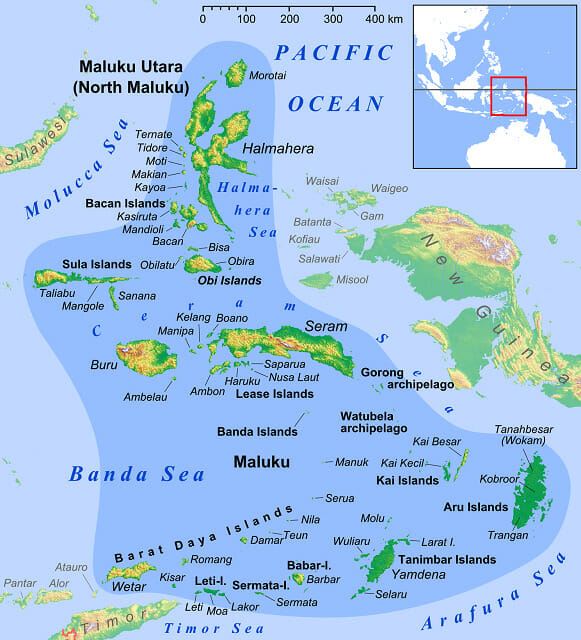 Did you notice the numerous islands in a large odd-shaped archipelago west of New Guinea? I could read the following chain of islands:

Do you know Indonesia owns as many as 17,508 islands? I think there is still a doubt about that total. There may be some more.

Ah, getting back to the location of it, they are located a whopping 2000 km east of Indonesian capital Java.

They administer a part of their country that is located so far away.

How to reach Banda Islands?

What I am about to reveal will entice only true island lovers. Casual tourists may show disinterest.

Even from the location map, I could see Banda islands are way out of familiar sea routes. You have to travel nearly 9 hours by ferry from Ambon, the capital of Maluku Islands. You would reach Bandaneira, one of the Banda Islands.

Keeping in mind about the infrequent sea connection, you can explore the schedule of flight from Ambon to Bandaneira city in Banda Neira Island. The island carries an alternative spelling “Banda Naira”.

As of now, the Banda Islands are the major and largest source of nutmeg, cloves, and maze, the three main spices in the spice world. As a matter of fact, all the Banda islands and the islands of Maluku are called “Spice Islands”.

By the way, you should know the names of all the ten Banda Islands.

All are not inhabited. Nearly 16k people in them.

Best Things to Do in Banda Islands:

I watched a few video clips of it. The scene is really breathtaking. The ocean is generally calm. There are quite a few mountainous backdrops including a volcano; an active one, boss!

The atmosphere is tropical with evergreen trees and lush jungles. Maze and nutmeg trees are seen everywhere, filling the moist air with their aroma.

The most important town in all of the Islands is located on this island in the same name. There is nothing much to see except an old, dilapidated fort.

On other Banda islands also, you can see some old forts built during the colonial era.

However, there are quite a few things to do here including:

What to eat in Banda Islands:

Fish, fish, and more fish. If you are looking for a variety in fish, you can order Barracuda the previous day. As a matter of fact, anything from the ocean has to be ordered a day earlier because there is no facility to store the fish. Remember, you can eat a variety of fish but the cooking method is only one and that is fried fish.

There is hardly any information about the wildlife of Banda islands in spite of lush forests. I expected a few sightings of birds but sadly no.

Whale spotting and dolphin sightings are possible but you have to charter a boat for a private trip.

From Ambon, a few exclusive cruise tours offered. They are all focused on the spices that the islands grow in large scale. Search for Spice Islands tour from Ambon to get the full details.

Since there are not many tourist attractions except scuba diving and snorkelling, tourists stay in Ambon, Maluku and plan a day trip to Banda islands that are totally pristine and everything looks fresh there.