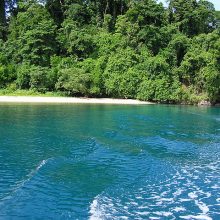 The most striking aspect of Papua New Guinea that made me look up its location in the atlas is the number of languages spoken. The permanent residents of Papua New Guinea speak as many as 852 languages! Yes, 852 languages are being spoken and this means there are as many clans living in that island in Southwestern Pacific Ocean. The countless clans of people living across the near mystery island are clustered in groups of communities. Another […]