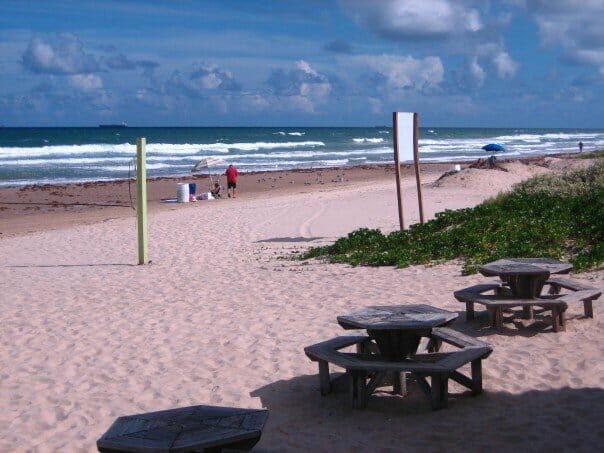 Which Texas Islands are worthy of a visit?

Can you believe it if I tell you there are as many as 57 Texas islands that are situated in the Gulf of Mexico?

However, not all the Texas Islands are inhabited. In addition, some of the barrier islands are too small to call it an island while a very few islands are the most visited islands in Texas.

Nonetheless, the Texans are lucky Americans to have their own island escape destinations. In fact, they need them to cool themselves from the sweltering climate in Texas State.

The Texas islands that are tourist worthy offer plenty of fun things to do. Bars and restaurants are generally crowded from the early afternoon itself.

There will be a lull of noise and activities between 4 pm to 6 pm. After that, the tourists and locals start coming in before they hit the beach. After having their fun in the Gulf of Mexico, they again return to the resto-bars for their dinner.

Let us explore some of the top Texas Islands.

At the outset, I will tell you how big is San Jose Island and how to get there.

San Jose is a fairly big Texas Island considering the size of many other neighboring islands in the Gulf of Mexico.

The island’s north-south length is 34 km. Its width at the widest point is only 8 km.

To get to San Jose Island, you have to take a ferry from Aransas  Port, a small city on the northern tip of Mustang Island, another inhabited island of the coast of Texas. 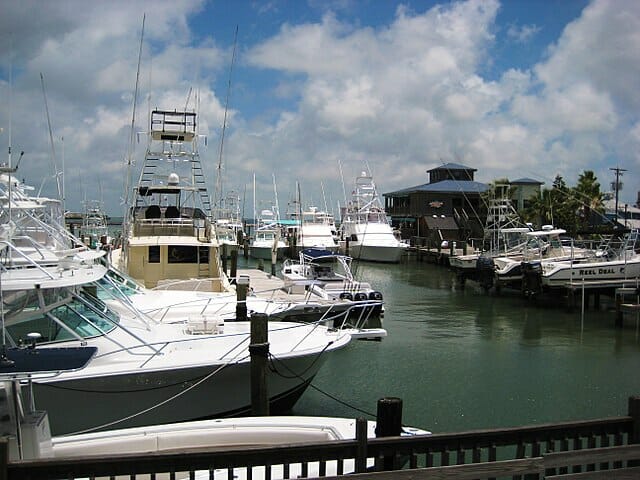 The ferry ride will be of 60 minutes duration to cover the 33 km distance.

If you still can’t figure out where Four Bluff is or where the Mustang Island is, imagine nearly a 4 to 5 hours drive from Texas prominent cities that include San Antonio, Houston, or Austin.

The Mustang Island in which lies the Aransas Port is reached by a road bridge from mainland Texas. Flour Bluff is the gateway to Mustang Island.

Since San Jose Island is a private island, you have to stay in the resort to explore the treasures of its beach.

People are lured by the beach-combing adventure of the island’s beach plus the opportunity to catch some rare fish species such as Flounder and Speckled Trout.

Moreover, the abundant marine creatures near the shore attract quite a large number of seabirds. Pelicans and the Black Cormorants are easy to spot as they are busy flying to and fro to the sea with stout prey in their beak.

Apart from the local birds, one can spot several migratory birds too that come to the islands in Texas for the cool temperature of the water and the special species of fish that live there. Therefore, bird watchers also like to visit San Jose Island.

Here are some of the migratory birds seen in San Jose Island, Texas:

The beach is laden with myriad paraphernalia of collectibles that include colorful seashells, starfish, and whelks. Please note that they are different from the conch. 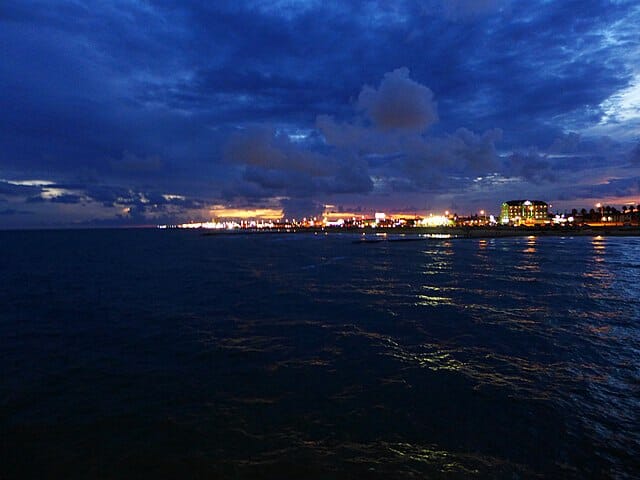 Galveston is the second-largest Texas Island located in the Gulf of Mexico.

Reaching the island is quick and easy. First, you have to fly into Houston from wherever you are in Texas or in any other United States.

From Houston’s airport, you can arrange to get picked up by cab. The island can be reached entirely over the road. There is a causeway that is built across the sea. West Bay is the connecting point between the mainland and the island. 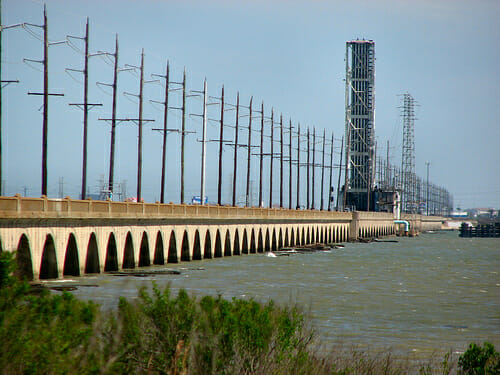 You can reach Galveston Island in about an hour from the Houston airport. The distance is 82 km. You will be reaching the northern part of the island.

As you saw on the map above, Galveston Island is long and narrow. Its length is 43.5 km but the width is just 4.8 km.

While exiting, you can go to the southern tip of Galveston Island and cross the toll bridge built across the San Luis Pass that separates the island from mainland Texas.

People of Houston make frequent weekend trips to the island and stay either in a resort or in any cheap lodge. They go there just to relax and let the sea breeze cool their body.

What to do on Galveston Island?

Well, nothing much except swim, splashing around, and go kayaking. The wind is not enough to carry a sailboat. In spite of the lack of great adventure sports, Galveston Island has a busy port accommodating several large cruise ships.

Similar to the other islands in Texas, Galveston Island also acts as a habitat for aquatic birds, thus attracting birders from the Texas mainland.

The presence of abundant marine creatures and the visiting birds made the Texas Government to develop the Galveston Island State Park.

Some annual festivals include a Shrimp Festival and the Lone Star Rally (a rally of thousands of motorbikes), are cheerfully participated by the Texans.

Actually, I am pretty impressed by the entire 40+ odd k stretch of beach on this island. Nevertheless, some beaches are made popular in the blogosphere. One example is Stewart Beach.

In addition to the beaches, the Pleasure Pier is the most sought-after attraction on Galveston Island.

What a fantastic idea to build some exciting rides and roller-coasters on a pier! The view will be breathtaking.

There is an architectural marvel in Bishop Palace. It is a must-see place on Galveston Island. 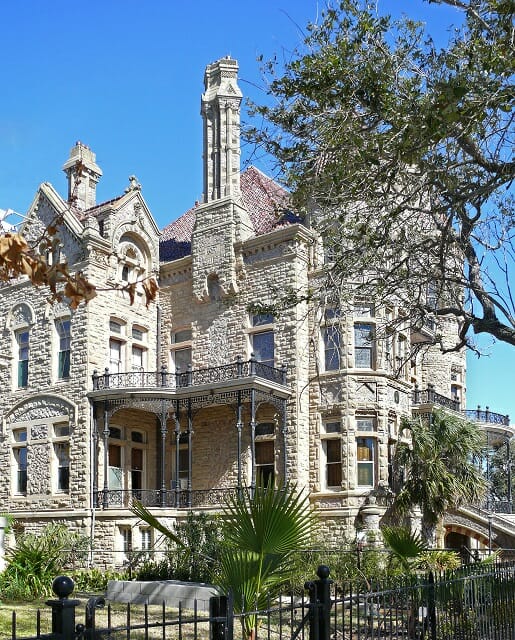 So, similar to the previous two Texas Islands, South Padre Island is also connected to the Texas mainland by a road bridge. A drive on such scenic roads over the sea will be memorable, especially, if you travel in an open car. Port Isabel is the starting point of this bridge. It is called the “Queen Isabella Causeway”.  It is approximately 4 km long.

Have you ever heard of such a festival anywhere in the world? This is the first time I am coming across such an enjoyable festival. I could not find when the sandcastle festival is held on South Padre Island.

I was able to get a video clip.

Youth throng this island in Texas for a thrilling ride in a water scooter.

Kiteboarding, parasailing, and standup paddleboard adventures are also available on this island. If you can paddle alone, rent a kayak and venture into the Gulf of Mexico.

There is also a walkway up to the edge of the sea. Standing on it in the evening will be a pleasure.

This is the gateway to San Jose Island.

The Aransas Pass is the dividing waterway between the two islands of Texas.

Similarly, the North Padre Island is another one of the Texas Islands s at the southern tip of Mustang Island. Both the islands are connected by a road bridge. 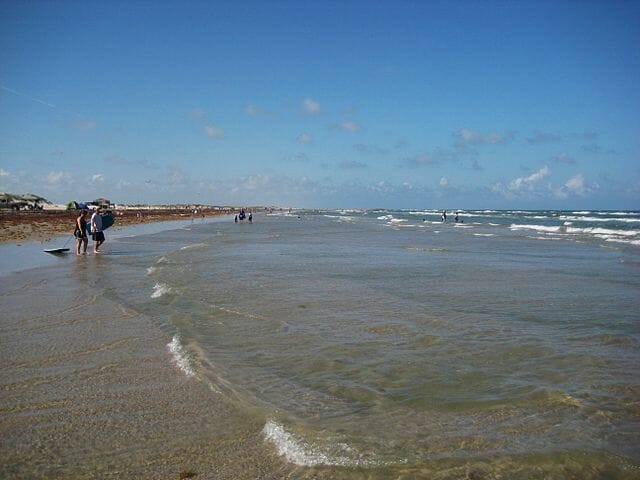 It is also a long island measuring 29 km in length. The width seems to be very small. I guess it can’t be more than 2 km.

Note that Mustang Island State Park occupies much of the island’s southern part. Some campgrounds are offered for staying overnight. Mainly wildlife enthusiasts stay in the camps.

Speaking of wildlife in Mustang Island, there is almost nothing that the majority of us like. Several species of rats thrive on sea oats. Some rabbits live here and a few raccoons are visible in night.

I think the campers are passionate bird watchers. Like other Texas islands, Mustang Island also is a habitat for numerous species of birds, mostly aquatic birds. Whooping Crane is the biggest attraction for the birders.

Land birds are conspicuously absent because of lack of food.

Some basic water sports facilities are available such as paddleboats and kayaks.

Quite a few numbers of hotels are found on this island. The best hotels are located in Port Aransas, a big city on Mustang Island.

How to reach Mustang Island?

A domestic airport is found in Corpus Christi, a city that is 34 km west of the Texas coast. If you are looking for an international airport, Sam Antonio is the only option but that is very off.  Nearly 300 km is the distance.

From mainland Texas, Four Bluff is the gateway to Mustang Island through a road bridge. This will get you to Port Aransas city in northern Mustang Island.

See how close this Texas Island is to San Jose Island. A small water body (Cedar Bayou) stands between the two islands in Texas. The width of the sea here is 22 km.

Matagorda Island is off the coast of San Antonio Bay that entered the San Antonio city quite afar in.

The city of Port O’Connor, a coastal city in mainland Texas is just 11 km from the northern tip of Matagorda Island.

From Port O’Connor, you have to hire a boat exclusively for you to reach Matagorda Island.

Motorized vehicles are not allowed on Matagorda Island. As a matter of fact, even electricity is absent on this island, thus leaving the island with untouched natural beauty.

To sum up, these islands of Texas are exclusively visited by the Texans only since there are not many big attractions for tourists from outside of Texas. I am sure only Galveston Island has something to cheer for the children.